The case of the Madre Viaja river is representative of the environmental and social impact of water and land hoarding by agribusiness companies. The reduction of water flow is causing irreversible damage to the ecosystem and bringing local communities into poverty.  Together with our local partner Utz’Che we are trying to denounce the companies in order to stop the deviation of the river.

environmental and social damages from agribusiness

For 30 years, the South coast of Guatemala has been subject to a series of environmental changes caused by monoculture plantations that export sugarcane, palm, and banana.  These companies pump more than 300 million liters of water daily from the Madre Viaja river to their plantations with electric pumps and ferris wheels, which causes a drastic reduction of the flow.

The reduction of water flow creates chemical changes that have far-reaching impacts on the environment.  Higher temperatures, lower levels of oxygen, and higher levels of salt mean that fish, crustaceans, waterfowl, and other aquatic life can’t survive. In the dry season, the flow is inadequate to sustain biodiversity, recharge aquifers, dilute pollutants, preserve the landscape.  The reduction of water flow has also impacted the mangrove forest at the basin of the river.  Mangroves are one of the most productive ecosystems on the planet, and its destruction has resulted in a reduction of fish, shrimp, crabs and other species which form the basis of the food for the local population. The impacts to the Madre Vieja basin are of considerable size and in some cases they are irreversible. Environmental ecosystems need many years to recover even if all sources of physical and chemical damage were removed. 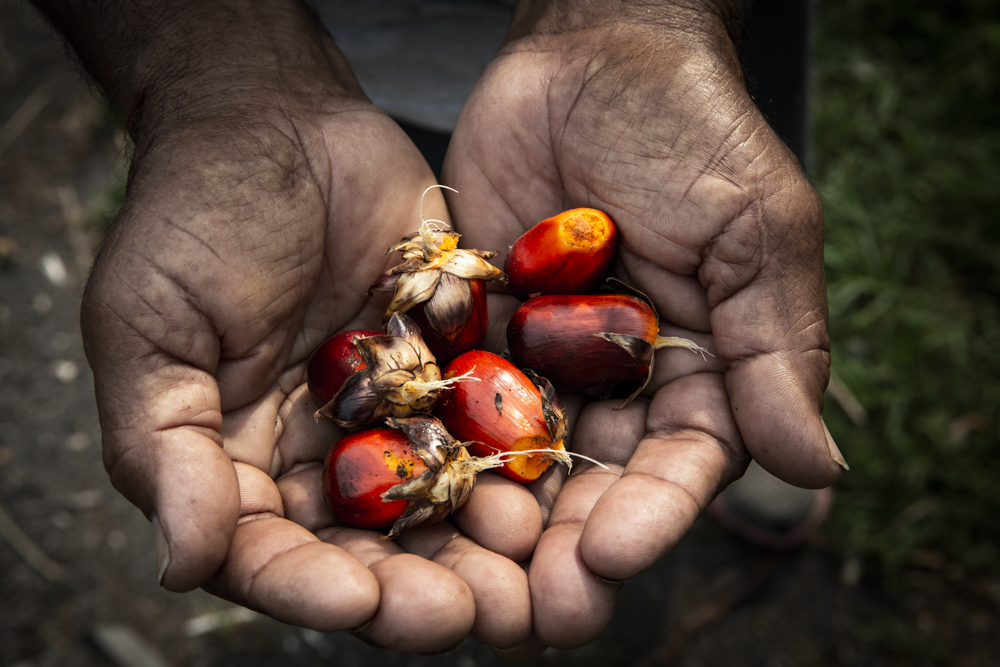 The impacts to the Madre Vieja basin are of considerable size and in some cases they are irreversible.

These environmental changes have huge repercussions for local communities. Most communities near the plantations are poor communities, whose livelihoods are agriculture. While companies are producing huge amounts of food for export, locals have less food and lose their livelihoods because they have less water for their farms. The quality of the water that is available is lower, so people are forced to consume unsanitary water, or rely on bottled water and private wells if they can afford it. The continued expansion of monocultures is damaging the regional economy and raising the poverty levels.

Guatemala has ratified the international regulations that protect health and the environment, but has failed to enforce regulations and allowed the sugar, palm and banana industries to break them. There are no political plans to push to regulate water use, nor are there control bodies or follow-up to complaints. There are no strategies for sustainable promotion of rural development and small agricultural economies. The economic interests of agribusiness are directly represented  in political decisions through financing political campaigns.

Together with our local partner Utz’Che we are trying to denounce the companies in order to stop the deviation of the river. 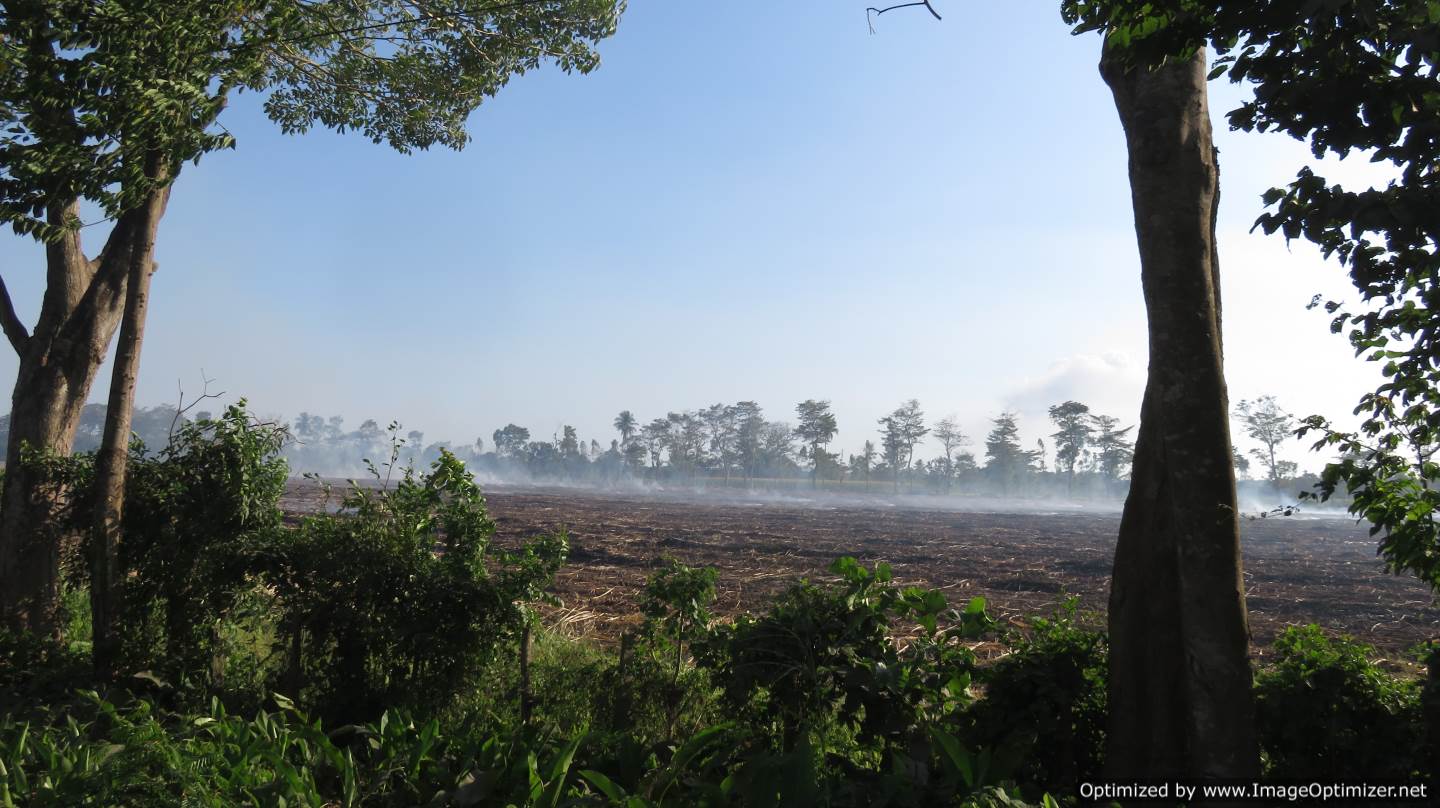 We performed an independent investigation that was co-financed by the environmental organization BothEnds, which works with the Guatemalan NGO Utz’Che.

We analyzed water from the Madre Viaja river to find out how much water the diversion was taking from the river, and to find potential sources of contamination.  We collected samples from 9 points along the river, and the groundwater quality of wells in Las Trochas.  We monitored the water each month for 8 months, and analyzed it for the presence of pesticides and fertilizers. 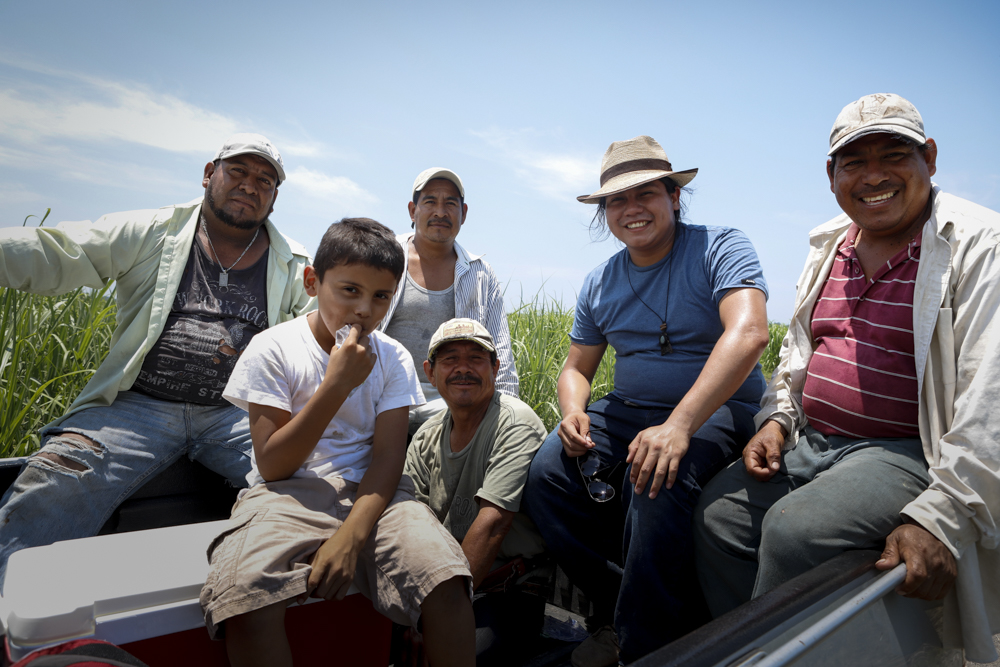 We also conducted a Human Rights Impact Study with a focus on gender.  We interviewed women from several communities near the Madre Viaja and Coyola-te rivers and their basins.  The study focused on gender because women's rights are impacted as a more vulnerable subgroup within affected communities.  Discrimination and societal roles contribute to lack of independence, lack of work and fair working conditions, education, land, health, social security, and exclusion from decision-making within communities.

We classified the Madre Vieja river as a poor quality river. The lower water levels changed the chemical makeup of the river, which created a chain reaction with ecological, sanitary, and socio-economic impacts. We did not find high levels of contaminants from agriculture.  Only phosphorus concentrations were above the limit established by the United States Environmental Protection Agency. We also found that most wells were contaminated with Manganese. 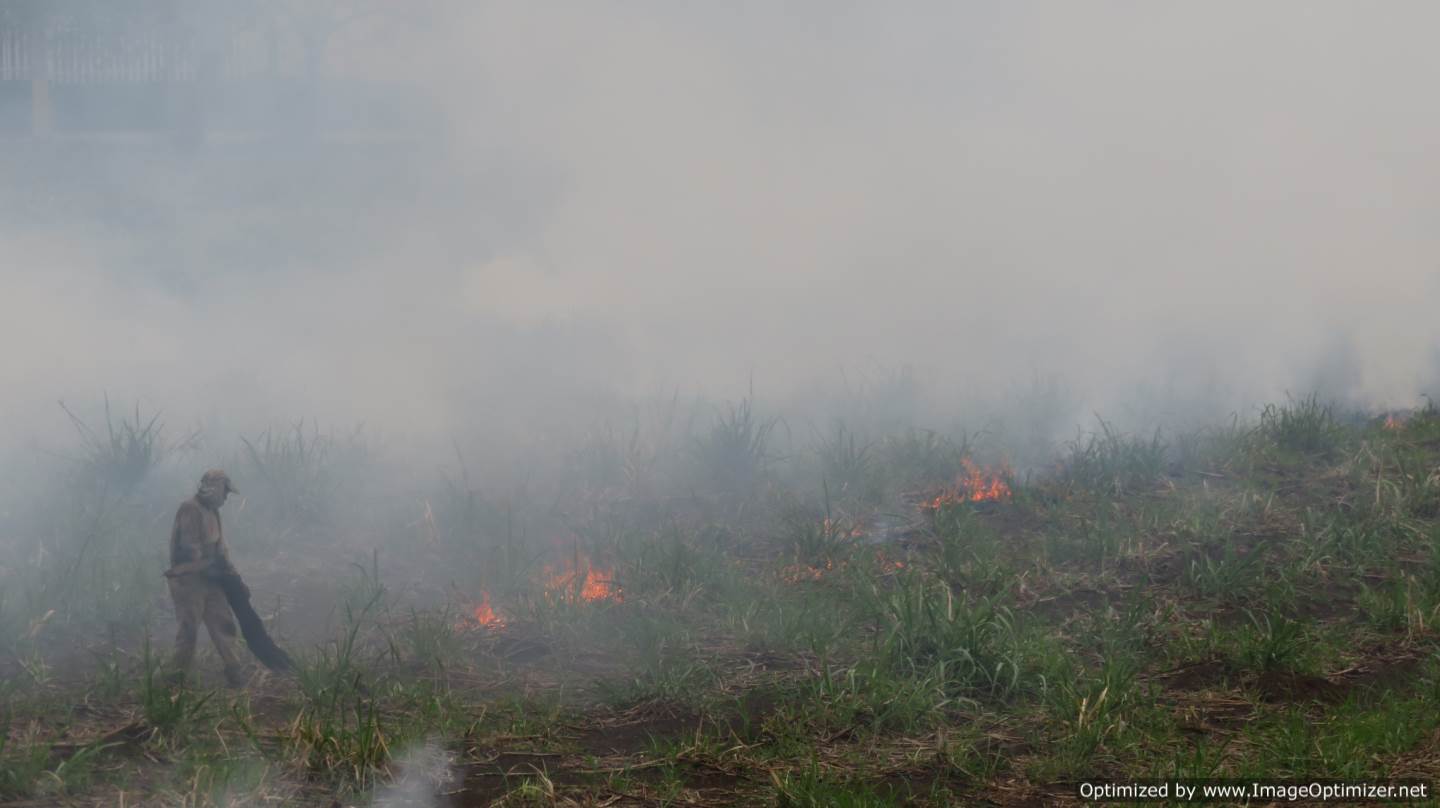 Sugar cane crops are burned in order to remove stalks and leaves before harvesting. This releases hazardous chemicals into the air. 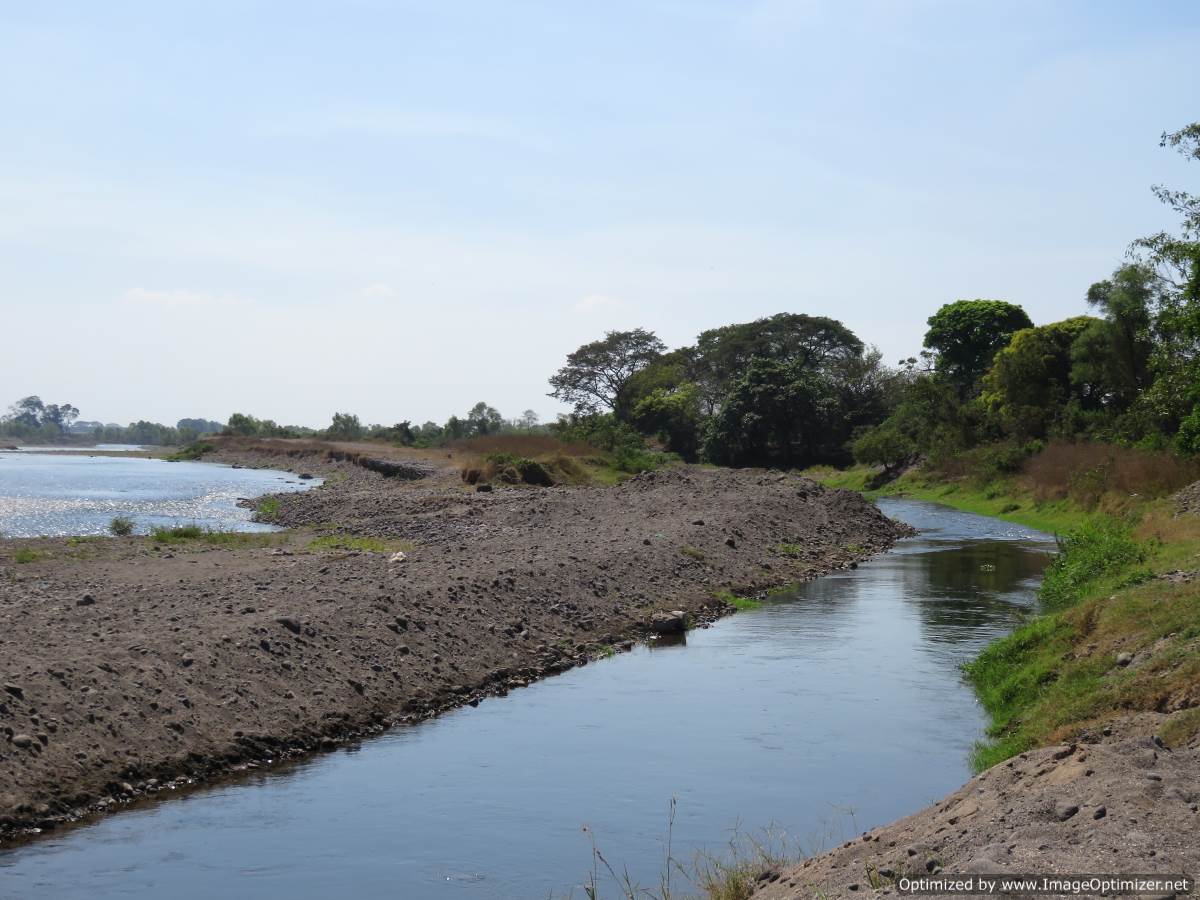 Water is diverted from the river to plantations.

In the Human Rights Impact Assessment, we found violations in the rights to water and health services, food, health, an adequate standard of living, a healthy environment, and the right to participation in public management in relation to these rights.

Interviewees noticed the river water decreasing and their wells drying out each year.  Between 60 and 90 percent experienced considerable decreases in the amount of water available during the dry season, during which sugarcane and palm farms increase their irrigation.  Interviewees do not believe that the water they use is safe for health.

The plantations do not make up for the environmental and economic destruction by providing jobs. Plantation jobs are precarious, based on workload, and they typically hire people from outside of local communities. 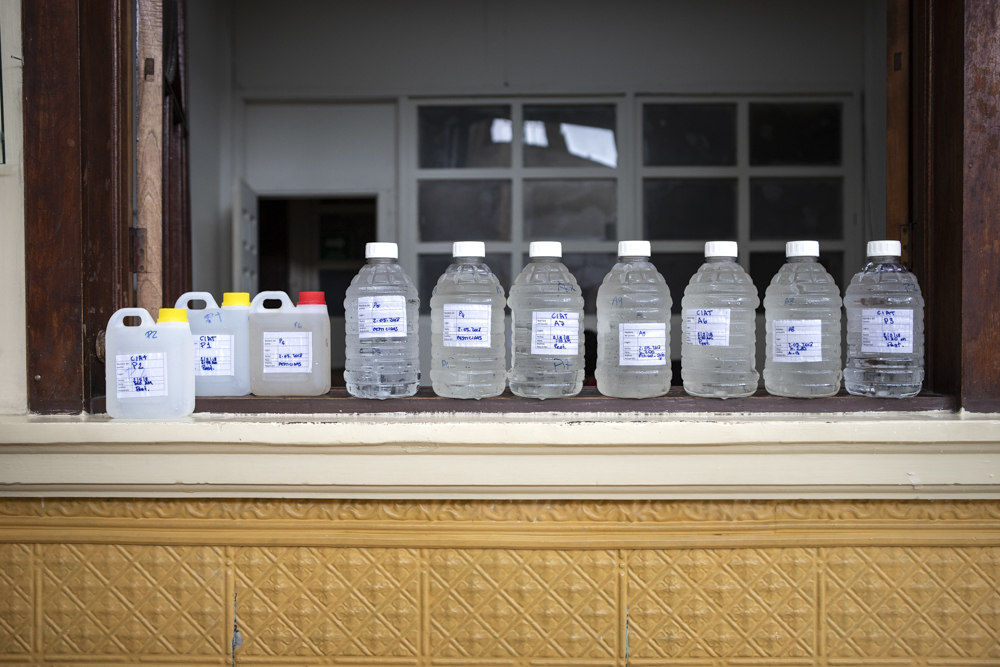 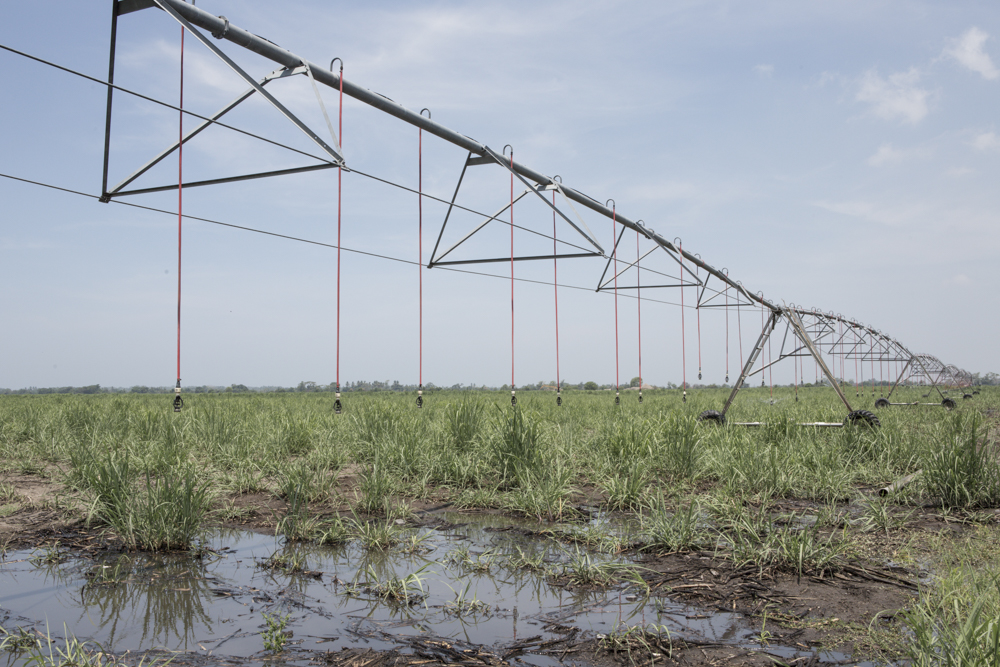 Irrigation of a plantation requires huge amounts of water.

Communities have seen the production of corn and other essential crops diminished, either because they have dried up completely or because they must invest in irrigation even during the rainy season.  The soil is also losing its nutrients from the plantations’ use of pesticides and other chemicals.  Communities lack adequate food.  Local farmers move to unsafe urban areas to provide for their families, or attempt risky migrations to the United States.

The local community is not empowered to take action against the violation of their rights. Community members described a sense of abandonment, coupled with poverty and fear of reprisals from businessmen and politicians. The State of Guatemala has not guaranteed access to information about the environmental consequences of monocultures.  These factors contribute to a lack of interest in getting involved in a participatory process.

The participation of rural women is even more difficult, since they have been assigned a role within the family and communities that excludes them, in general, from all participation in decision-making that exceeds the domestic sphere. Discrimination against women has an economic, social and cultural component, limiting their labor opportunities, their economic capacities and, therefore, their autonomy from the male sex, this postponement being so socially accepted that many women assume this invisibility is something natural and spontaneous.