When locals of Lakardowo, Indonesia complained of illegal pollution from an industrial waste processing plant, Source International investigated heavy metals in the water, soil, and rice.  We found high concentrations of heavy metals, especially in the soil in which local crops are grown.  This pollution is the likely explanation for the health problems community members are experiencing.  Our findings are being used to lobby the government to hold the plant accountable.

Lakardowo is a village in Jetis subdistrict at Mojokerto regency. Most villagers work as farmers, with 69.7% of the land use is farmland which consists of rice field and farmfield.  The villagers depend on groundwater for irrigation and clean water resources. They also depend on soil quality for the quality of their food.

In 2010, a factory that manages hazardous waste from 1,518 industries and hospitals (PT. Putra Restu Ibu Abadi or PRIA) was built in Lakardowo village.  Since it was built, the factory has been accused of practicing illegal activities like dumping and burning hazardous waste on barren land, employing local people with minimal protection, and inviting local people to scavenge hazardous waste without informing them of its toxicity. 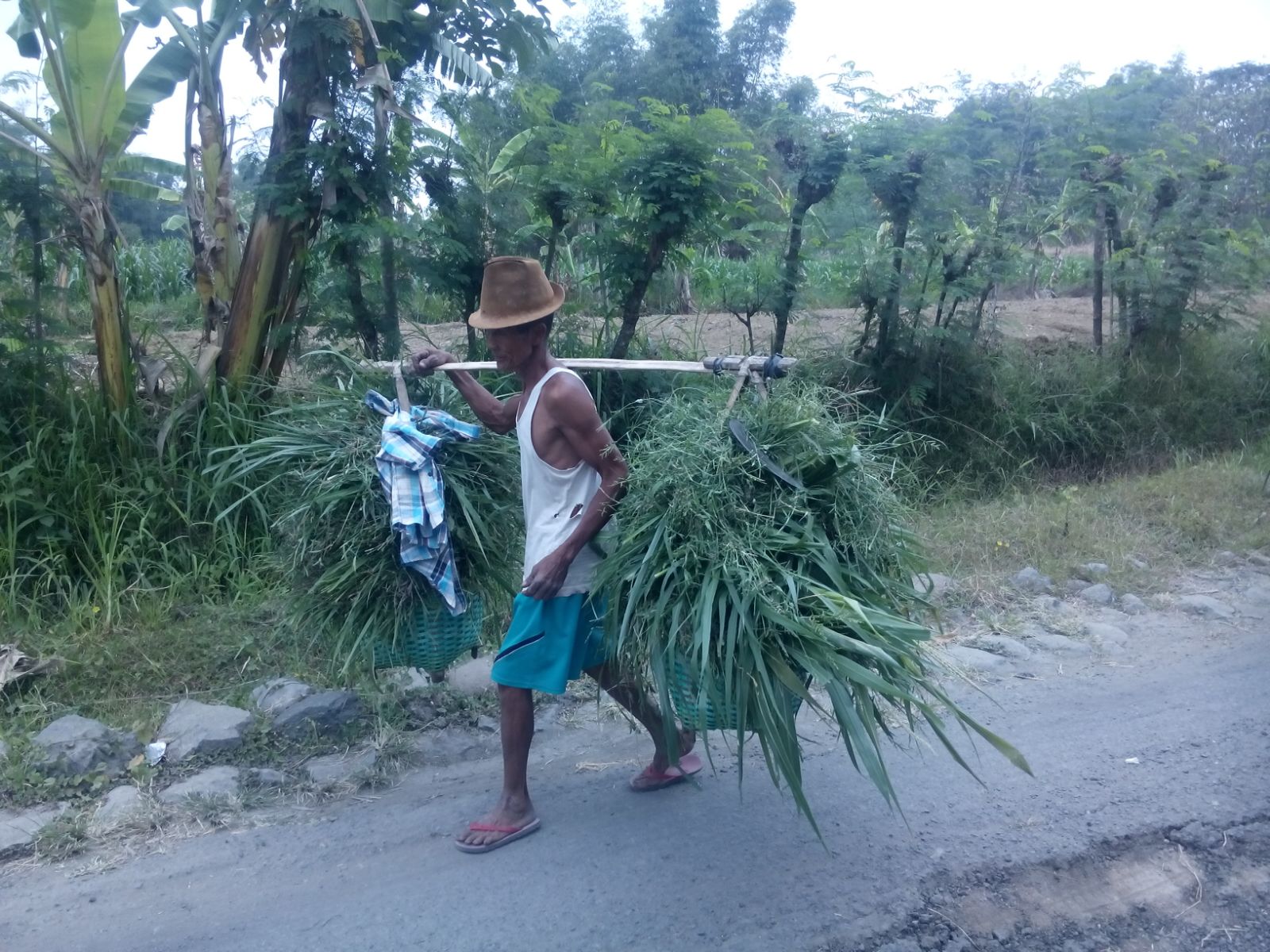 All the soil in the area surrounding PT PRIA factory is polluted with heavy metals. Land near the factory is definitely not suitable for any kind of agriculture.

Local communities have complained of water, soil and air pollution several times. In 2011, PRIA measured water quality in an Environmental Impact Assessment.  It claimed the water was safe to drink, especially regarding potential heavy metal contamination. The complaint against PRIA brought the attention of local and international NGOs.  In 2017, Source International performed a separate study of the presence of heavy metals in the water, soil and rice to test PRIA’s claim.

Source International analyzed the presence of heavy metals in the water, soil and rice (the staple food) in the area surrounding PT. PRIA.  To determine the factory’s impact, we took samples from points surrounding the factory, and points far away from the factory as control samples. 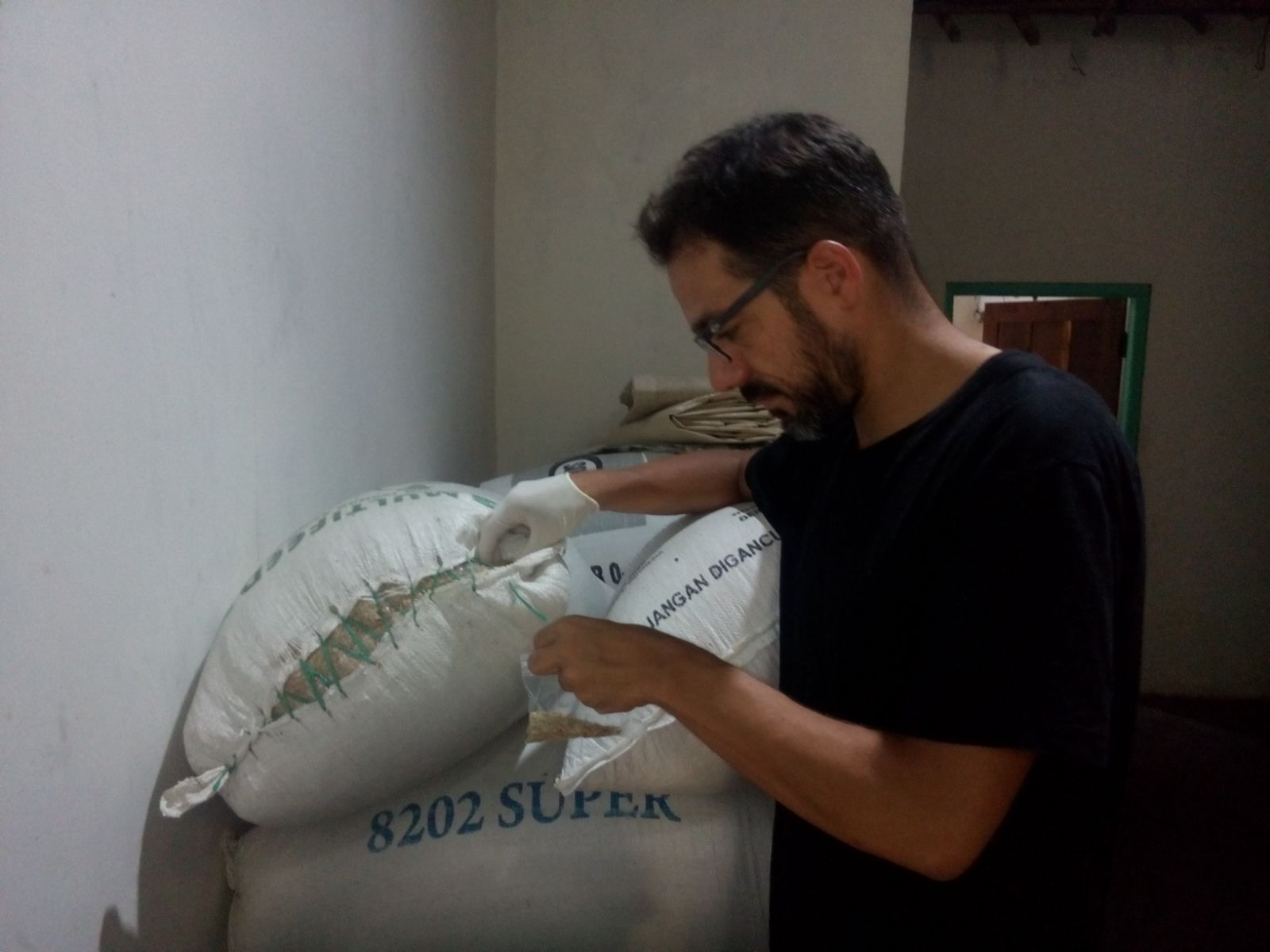 Because the soil surrounding the factory was contaminated, rice was also a major concern. In rice harvested near the factory, levels of arsenic, chromium, and lead were over the limit for consumption. Someone eating rice taken from one of the sample points would consume 40 times the maximum daily intake of lead. Because rice is a staple food in rural Indonesia, the population of Lakardowo is at high risk.

Water near the factory was not drinkable, with levels of iron, manganese, chloride, sulfate, nitrate and strontium above legal limits.  Sulfate levels were two times above the maximum limit, and nitrate levels were three times as high. 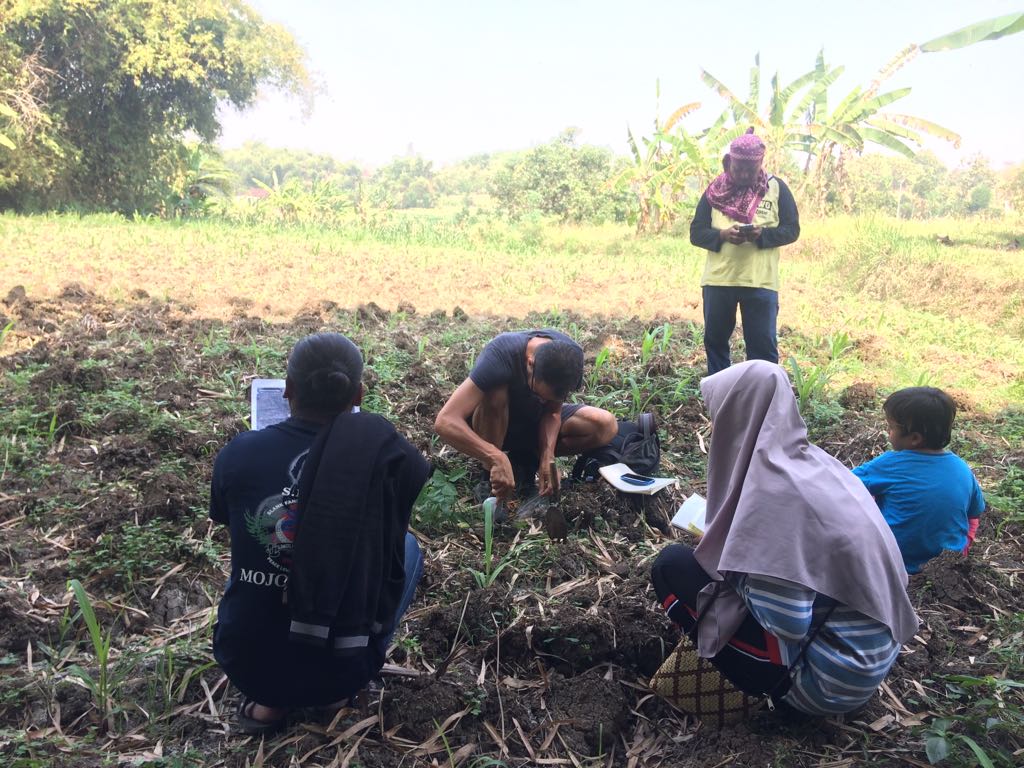 local farmers were informed that their crops were contaminated. Lakardowo Sovereign Women is preparing to sue the government through Citizen Lawsuits

To mitigate damage in the short-term, local farmers were informed that their crops were contaminated. Some farmers agreed to stop growing food crops in the contaminated area nearby PT PRIA. Unfortunately, some of them still grow crops such as chili, rice and corn. Local organizer ECOTON suggested that farmers in contaminated land to grow non-edible plants, such as teak wood, bamboo or decorative flowers. 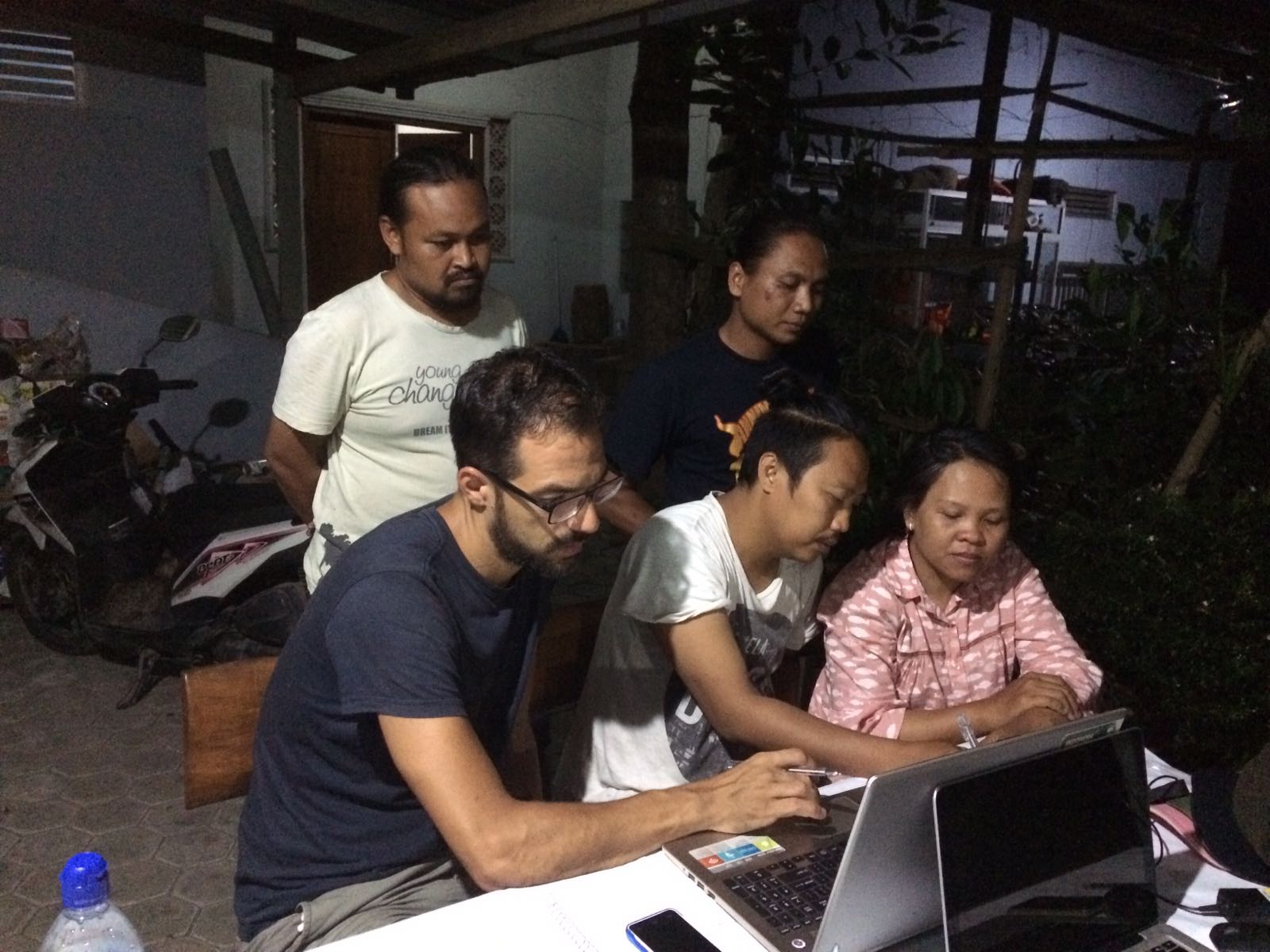 Flaviano and local organizers analyze data from the study 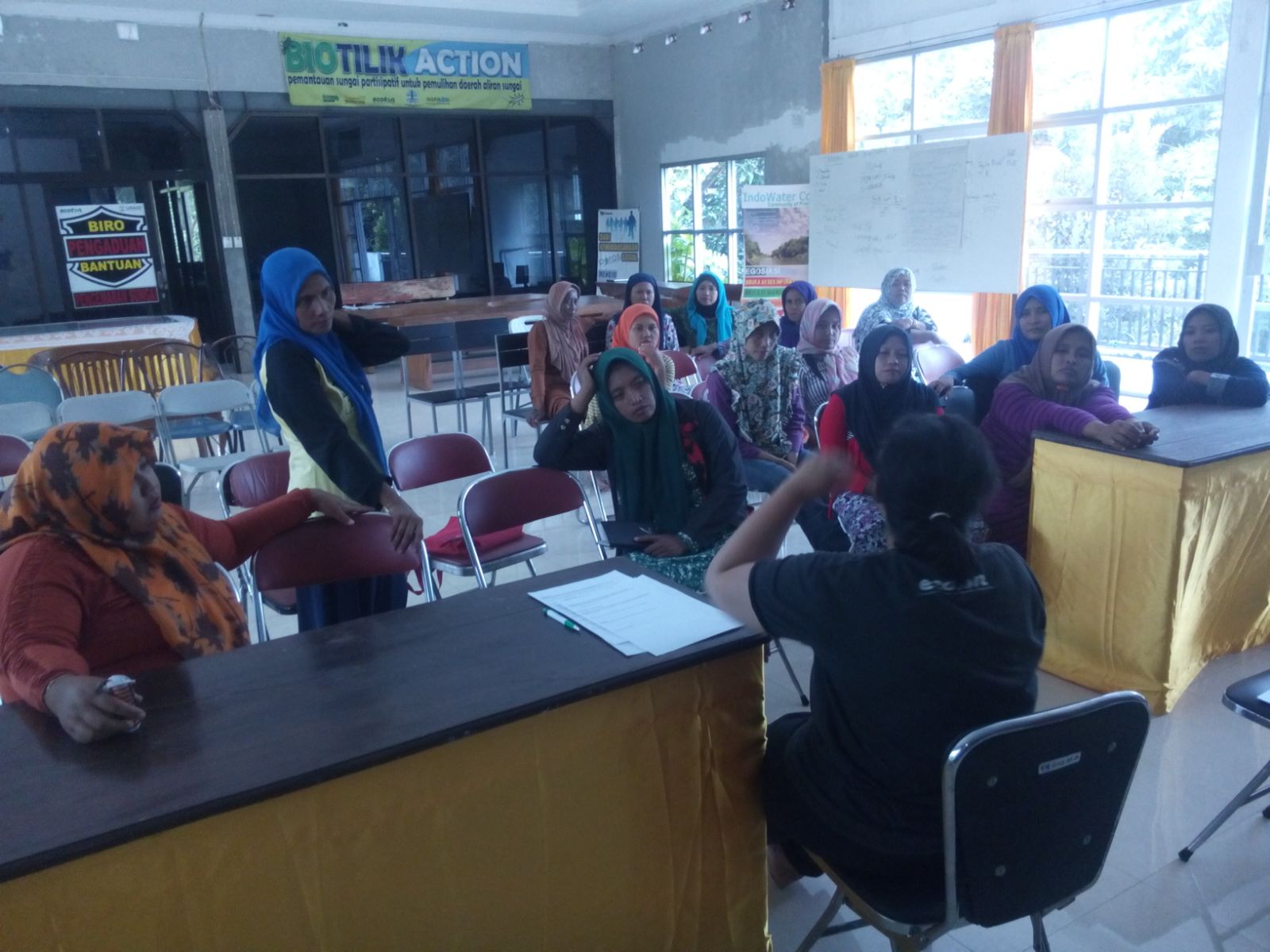 Lakardowo women meet in August of 2017

Our local grassroots organizations, ECOTON and GreenWoman, used our findings to push the Indonesian government to develop a plan to stop the pollution. GreenWoman visited the Office of Mojokerto Health Department to ask for a health examination for the community in Lakardowo.  They want to show that some people, especially children, suffer from skin dermatitis, anemia, joint and finger pain, and respiratory problems, likely because of PT PRIA’s practices.

ECOTON met the Director of Planology and Environmental Impact Assessment, and the Director of Environmental Audit. ECOTON asked the government to conduct soil boring inside the industrial area of PT PRIA to find evidence of illegal toxic waste dumping underground during its construction in 2013.

They want to show that some people, especially children, suffer from skin dermatitis, anemia, joint and finger pain, and respiratory problems, likely because of PT PRIA’s practices 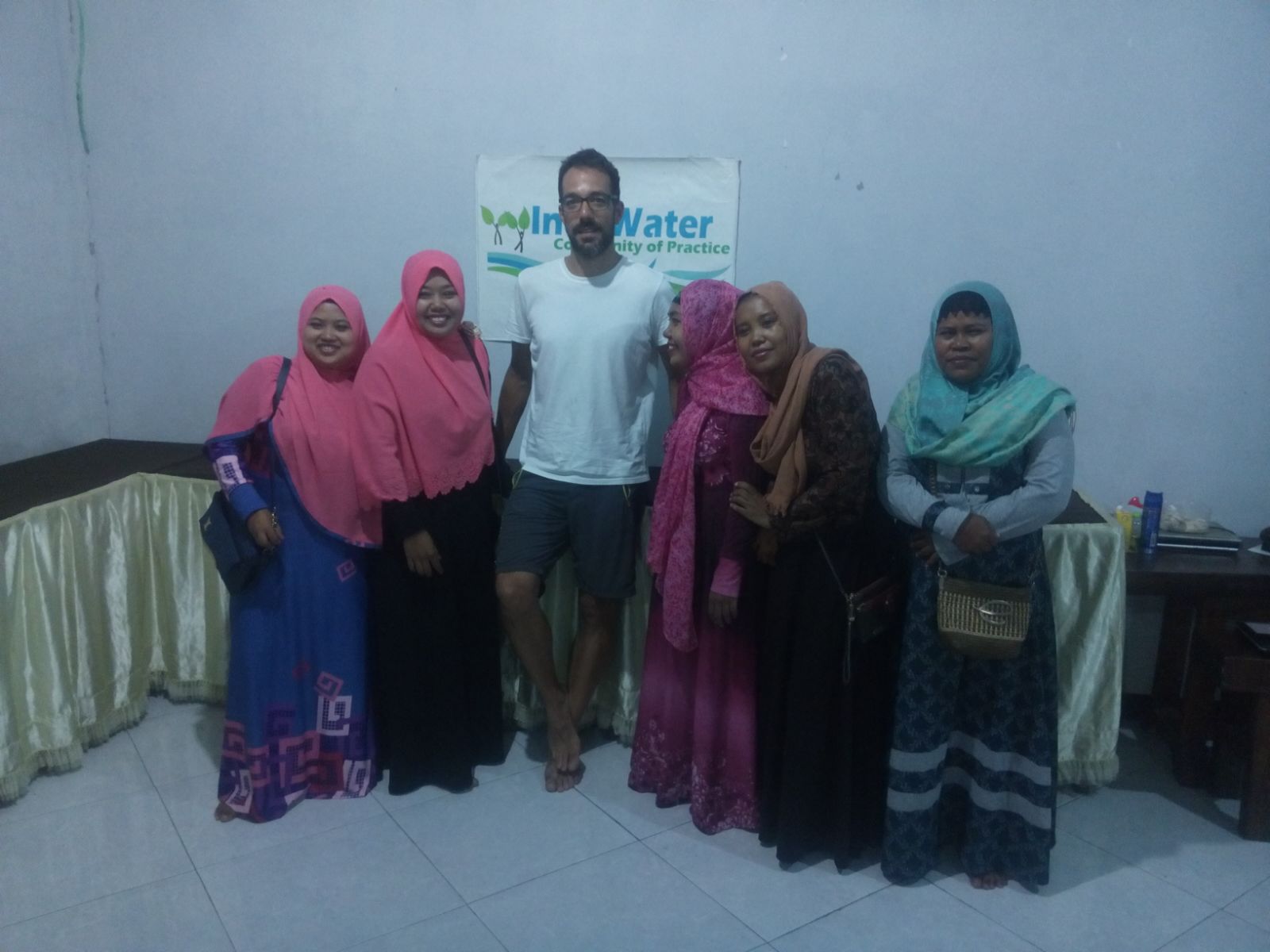 The EPA funded further research into the soil and crop failure surrounding PT PRIA when the head of the EPA was informed of the contamination. The study was conducted by Geophysics Department of ITS.

The Movement of Lakardowo Sovereign Women is preparing to sue the government through Citizen Lawsuits. The study will be used as scientific evidence in the trial.